The second-largest and one of the most gorgeous islands off the coast of Thailand. Many people traveling to Thailand make a bee-line to this palm-fringed beach heaven.

The place has a romantic vibe, beautiful five-star resorts, secluded bungalow, and full-on party beaches. Anytime can be the best time to visit Koh Samui, depending on what you have in mind. To help you decide when to book your tickets here is an extensive Koh Samui weather guide.

Read on to know what each season has to offer for you. 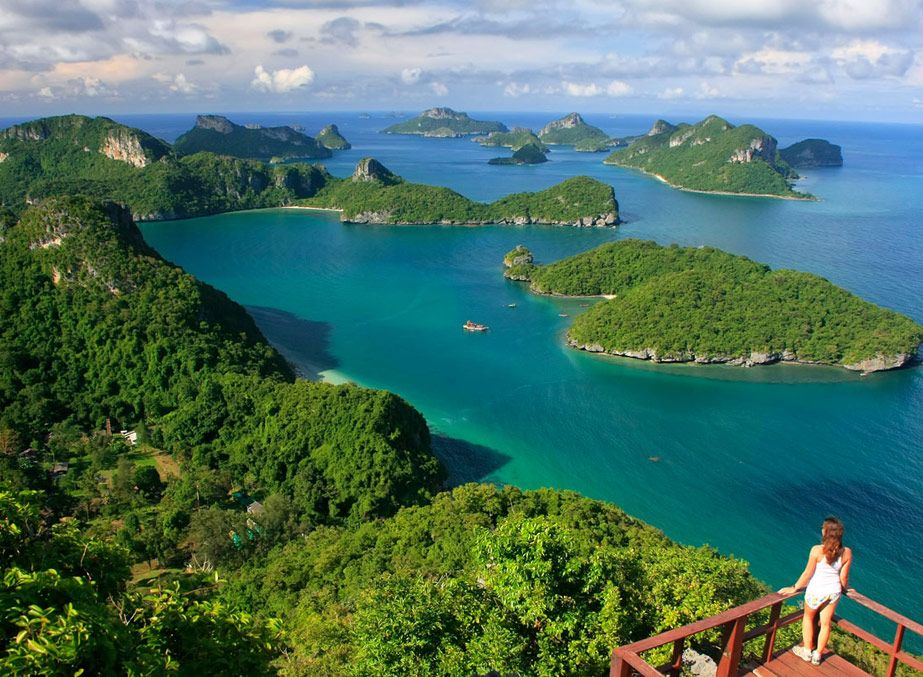 Most people visiting Koh Samui have their heart set on a beach vacation. This requires least cloudy weather with fewer to no rainfall and lots of sunshine. The peak season in Koh Samui is famous for just that.

The peak tourist months in the island remain sunny and warm but not as blazing as in the summer months of April and May. Rain might be a possibility but only for a very brief amount of time. February is the driest month of the year and the top favorite among beach lovers.

Christmas and New Year is one of the busiest times of the year. The hotels and resorts remain full during this season. It is a great time to enjoy the island’s famous beaches, take a tour of Ang Thong Marine Park, enjoy Scuba diving at Koh Tao, and full moon parties in Koh Phangan.

Shoulder Season- March to May, September, and starting of December

The temperature starts rising in Koh Samui by March. Summers in Koh Samui are hot with fewer to no rainfall. April is the hottest month of the year. May receives more rainfall than March and April. After the scorching heat, the downpour is a welcome change, the rainfall cuts the humidity down which summers in Koh Samui is famous for.

The weather in September is almost similar to August but with a tad bit more rainfall. September and starting of December receive little crowd. It is the best time to enjoy a quiet island holiday.

Rainy Season in Koh Samui receives the least number of tourist crowds. October is one of the cloudiest and windy months in Koh Samui. Monsoon officially arrives by the end of October.

November is the peak of the monsoon season and the low tourist season. Rainy Season in Koh Samui is one of those half-empty and half-full moments. The accommodation rates during October and November is the lowest during the year. It is a great time to have the island to yourself. You will have no trouble with resort and restaurant reservations.

You might not be able to predict the weather during the monsoon season. Check the weather forecast before making your bookings. Pack extra water-proof jackets and mosquito repellent. It is a good time to enjoy a vacation of yoga, lounging, reading, and spa massages.

Weather- January has a lot of sunshine and very little amount of rainfall. The temperature remains around 28 degrees Celsius and has low humidity.

Why Visit- It is a great time to hit the beaches.

Weather- February is one of the driest months of the year. It remains hot and sunny. The average temperature is slightly higher at around 29 degrees Celsius.

Why Visit- February is a great time to have a beachy island vacation and the best time to receive some tropical tan. 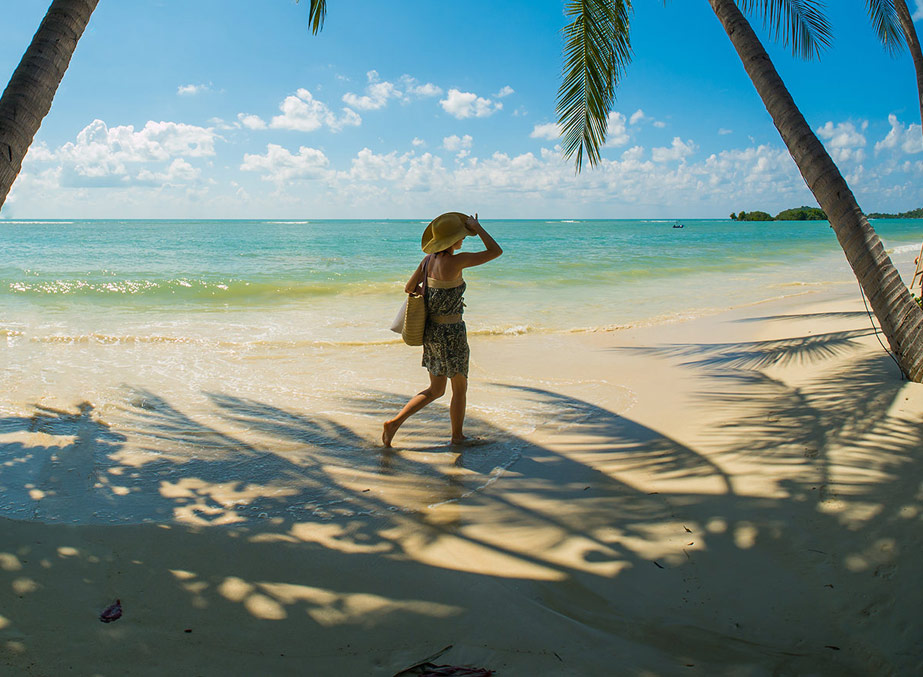 Weather- Temperature starts to rise by March which is an indication of the arrival of summers. March is the least cloudy month of the year. The temperature rises and reaches around 31 degrees Celsius.

Why Visit- March sees the fewer crowd. You can enjoy the beach and sunshine without sharing it with many people.

Weather- One of the hottest months of the year. Rainy days are very rare during April. The average temperature reaches around 32 degrees Celsius and the humidity is also at its peak. The seawater and swimming pool also remains warm. Booking an air-conditioned room during April becomes a must.

Why Visit- Thailand celebrates Songkran from 13th to 15th April. Songkran is the highlight of the month. The street water-fights will be a welcome relief during the scorching heat you experience in April.

Weather- May receives more rainfall than March and April. The downpour comes as a relief after the scorching heat of April. The downpour reduces the heat and humidity in an initial couple of days. Storms are a beautiful sight of your hotel rooms and resorts. The temperature rises to 33 degrees Celsius. As the rainfall increases, humidity too starts to rise.

Why Visit- Hotel prices are low as compared to the high season. It is a good time for a budget-holiday.

Weather- The average temperature remains around 32 degrees Celsius. Koh Samui remains hot and has ample sunshine. Rain is not unusual in June but rare. Downpour occurs in short bursts. June is one of the most popular months in Koh Samui to plan a wedding.

Why Visit- June does not receive as much crowd as in the peak season. The weather remains fine and the hotel prices remain affordable.

Weather- July is one of the popular and busy months in Koh Samui. The temperature remains as high as 32 degrees Celsius and can fall as low as 22 degrees Celsius. July receives rainfall but not as much as in November. You can expect an occasional tropical storm during the month. Downpour usually occurs in the afternoon. The shower doesn’t last long. But you should come prepared for the rain. However, July has plenty of sunshine for you to enjoy.

Why Visit- July has good weather to enjoy. You will have great opportunities to hit the beaches.

Weather- The temperature remains around 28 degrees Celsius to 31 degrees Celsius. Koh Samui does not receive as much rainfall as other parts of Thailand.

Why Visit- The weather remains good as compared to the monsoon months.

Weather- September is part of the shoulder season yet September has one of the gorgeous weather. The weather starts to get cooler. The temperature remains around 24 degrees Celsius to 29 degrees Celsius. You can expect some rainy days but the downpour is mostly light.

Why Visit- The weather stays cool and perfect. September is the last month of the sailing season and one of the best seasons for the sailing enthusiasts to pay a visit.

Weather- Monsoons in Koh Samui starts from mid-October but it is not as intense as in November. In the initial days of the month it might rain once during the entire days or even maybe once in days. The latter part sees more frequent downpour.

Why Visit- It is a good time for low-budget holidays and you can enjoy the island with very little tourist crowd.

Weather- The height of the monsoon season. The average temperature remains around 27 degrees Celsius. Though the rain shower is more intense in November still there are fair chances of sunny days.

Why Visit- The flight and hotel prices are at its lowest. You can avail almost 50% discount on the peak season price. One of the best seasons for surfing in Koh Samui.

Weather- The monsoon starts to retreat and we welcome merry and sunny days. There might be some rain during the initial days. The average temperature remains around 27 degrees Celsius. December is the start of the peak tourist season. Around mid-December, the island starts getting crowded by tourists.

Why Visit- Besides December is the time for Christmas and New Year’s, the fine weather and sunny days also make December one of the best time to visit. It is also a good month for surfers.