Welcome to March in Thailand! Students are on summer break as the hot season approaches. This is unfortunately not the time to bathe at a beach, instead, head south towards the water to beat the heat.

The king of fruits is in season from now until June. Try the seasonal dessert khao niaow ma muang i.e. mango slices served with sticky rice and topped with a coconut milk dressing.

Enjoy kite flying wherever in the country you are, though Hua Hin Internal Kite Flying Festival definitely takes the cake. This is the best place to witness the Thai love for festivals, with a fun, secular twist. In the past, the festival has boasted of giant kites in the shapes of cartoon characters, super-heroes and, even geometric forms. Adrenaline junkies will enjoy the show of stunt kites with fliers competing in high-speed kite flying. Don’t leave without attending the Chula and Pak Pao show of Thai kites dancing in the air to the tunes of the local classical music ensemble, Pi Phat.

If you’re travelling with kids or are craft enthusiasts, head over to the Kite Kid Paint corner where they can make their own kites. If you’re lucky and the workshop returns the year of your visit, they can also learn how to make and throw a boomerang.

The Phi Phi islands are a Thai stereotype that are actually a must visit, especially because they are both underdeveloped and uninhabited. They make for a blissful, quiet escape from summer heat in healing, calm waters. You could first do Phuket or Krabi, then venture off-the grid at this spectacular location. Of the two main islands here, Phi Phi Leh is 100% free of human settlers and Phi Phi Don is totally bereft of roads! You could not ask for a more perfect setting to unwind and get in touch with your true self.

Having said that, Phi Phi Don sees hundreds of visitors every day, so for a calmer stay, head to Phi Phi Leh with its stunning beaches and bays, including Maya Bay where “The Beach” starring Leonardo Di caprio was shot.

Adventurers must try diving in the Similan Islands and along the Andaman coast. For nature lovers and conservationists, Phang Nga offers a special treat with it’s annual Turtle Release Festival roughly held in the first week of March at Thai Muang Beach.

Don’t be put off by the parades and speeches about turtle conservation. This is a valiant effort on part of the government rooted in a Thai Buddhist belief that releasing marine life, especially turtles and fish brings great luck.
Baby turtles raised at the Phang Nga Coastal Fisheries Research and Development centre are released into the sea to promote their conservation in the wild.

You will find no less than 4 endangered turtle species here at the center, namely the Hawksbill, Green Turtle, Leatherback and Ridley Sea turtle. They lay their eggs between October to March. Then, the dedicated staff of the Centre fence them in and place a 24 hour guard to protect them from predators. Once the eggs are hatched, the little turtles are brought to the centre and cared for to be released into the wild at roughly 8 months of age.

Animal lovers note that the center is not only a nursery for the hatchlings, it is also a place of recovery for sick and injured turtles.

Along similar lines but in a totally different region, we have the Chumphon Marine Festival, full to bursting with sand sculptures, water sports, marine tourism, and seafood.

Also keep an eye out for the Thailand International Balloon Festival, whose location and dates change every year. 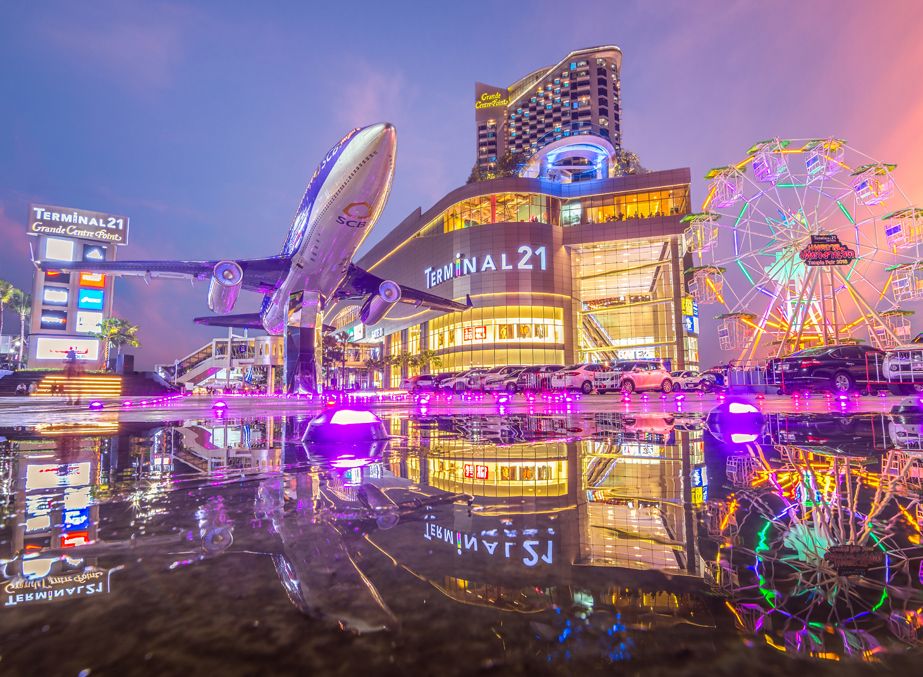 Did you know 17th March is National Muay Thai day? The best place to witness the excitement is at Ayuththya Bangkok – sacred site for boxing enthusiasts. Enjoy demonstrations at this ancient location, though there would be events at Muay Thai camps and stadiums nationwide. 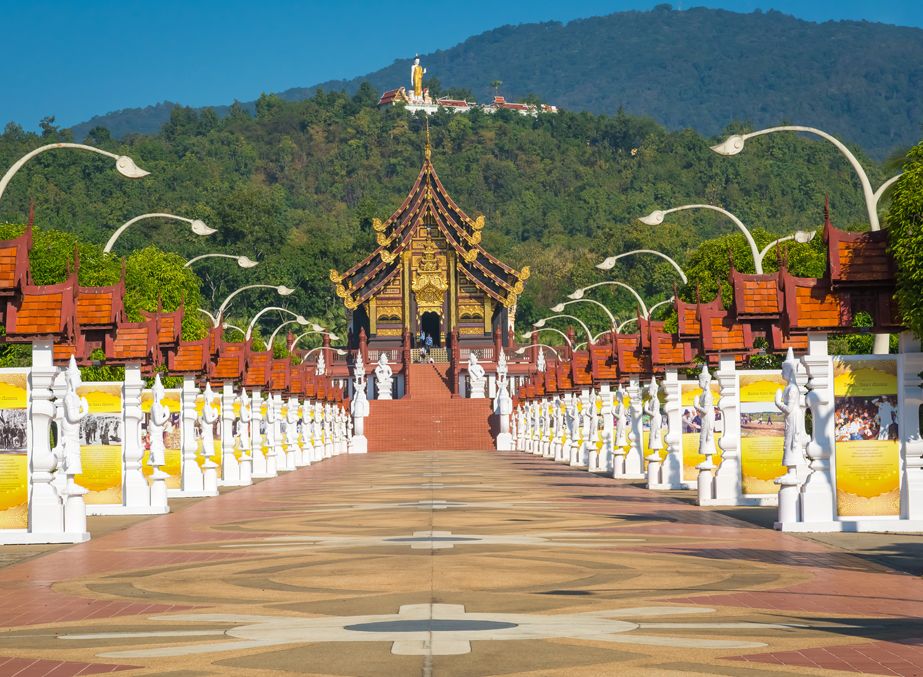 If you’re in the mood for wholesome fun with family and friends, try the Zipline and Jungle rollercoaster in Chiang Mai. You can enjoy a 360 view of the forest on the zipline, or get a shot of adrenaline on the forest rollercoaster. Who wouldn’t want to emerge screaming over the tops of some trees?

Wind down over a meal at the park’s excellent restaurant, and check in at the comfy hotel if you’re too petered out to vacation any more.

The next day, head to Blue Elephant Tour where you can feed, play and walk with but not ride the elephants. Allow the local guide to tell you about the lives of these gentle giants. 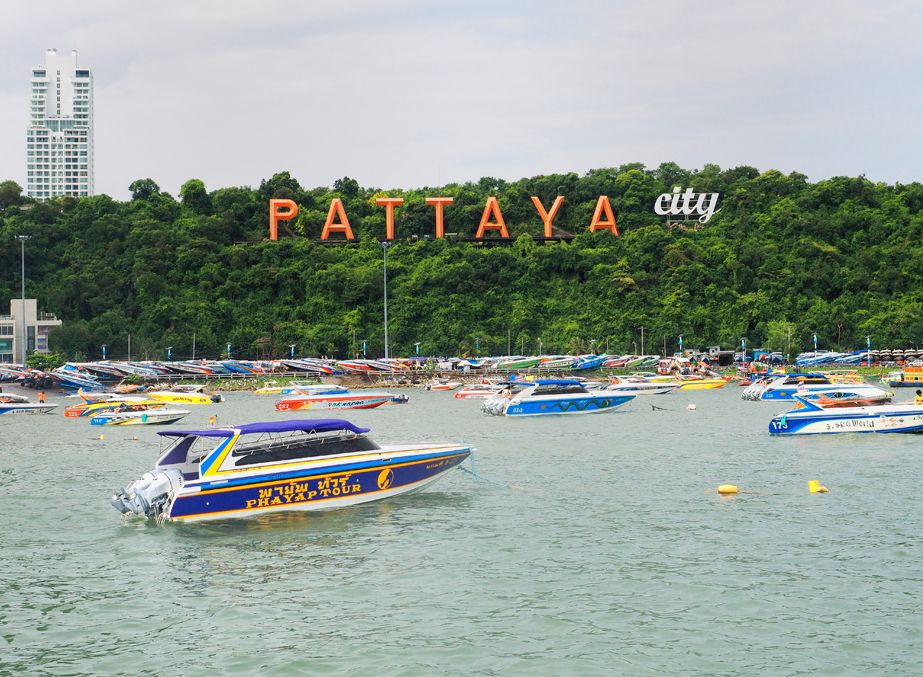 If you’re in the Pattaya region, you cannot miss the three day Pattaya International Music festival that boasts free entry. Started in 2002, it is one of the largest beach music festivals in the world.

A word to the wise, dates tend to be announced late, so don’t book tickets too far in advance. It can be late January before you know for sure what dates it’ll be, though it tends to be around mid-March.

The festival hosts musicians across genres such as reggae, jazz, rock, R&B and hip-hop. Stages dedicated to different genres are lined up along the beach so you can saunter over to your spot and stay there for three days. Helpfully, the festival uses a different colour scheme for different genres too. In past years, the main stage would be behind the Hard Rock Cafe, lit up in red, and the reggae stage would be identifiable by it’s typical yellow hue.

The shows usually start at 6:30 PM and go on until the early hours of the morning. You can definitely expect some of the acts to be international as the festival has come a long way since it’s Thai only beginnings.

Also in Pattaya is a unique spectacle of Khao Chin Chan, the unusual statue commemorating the King of Thailand’s golden jubilee. What’s different is that the outline of the Buddha has been carved with gold into a limestone rock with a laser. Bring your camera for this one.