Phew, it’s hot. Don’t expect to get out and about much, instead, stay indoors and enjoy a cheap trip enjoying Thailand’s nightlife and culture. The one exception is in the North East of the country, where there is historically little rain, and therefore, naturally a huge Thai style festival asking the gods to let it down. This is called the Bun Bang Fai or Rocket Festival, held in Yasothon, Ubon Ratchathani and Nong Kha.

It is usually celebrated on weekends mid-May, just before crops are planted at the beginning of the monsoon. If you can, try to make it to Yasothon for the spectacle as the celebrations reach fever pitch here. Harking back to a Buddhist fertility ritual, the rocket festival serves a practical function of diffusing anxiety around the monsoon, and allows everyone to have a blast before returning to the fields prepared to get work on sowing season.

On the first day of the festival, villagers bring their home made bang fai/rocket to the city’s main shrine to pay their respects. The action for tourists picks up on the second day with street parades and traditional dances to live music. After the performances, there is a Buddhist merit making ceremony, and then the highlight of the festival, i.e. the rocket show. Keep an eye out for people sporting masks, they are likely to be carrying water guns and will soak you, all in fun, of course.

Make sure to stick around for the final day, when villagers launch their homemade bamboo rockets into the air, and pray for rain. For added fun, there is a panel judging the rockets by the distance they travel in the air. Misfired rockets are disqualified, and the owner is thrown in a puddle of mud for ritual mockery and to put out any minor burns from the misfire.

Overtime, the festival has grown so that now there are rockets just for show, mounted on huge carts, showcasing firepower ranging from a kilo to 120 kilos! Don’t be surprised by the cross-dressing and naughty humour, it is a fertility festival after all. Aside from the usual performances and dances, you will notice cross-dressing across age and sex over the 3 days. Make sure to join the locals in sipping on Sura, a village brew with 40% alcohol content and cheaper than beer. It would not be an overstatement to say that the village is drunk on life and Sura for this duration. This is also a time when large quantities of alcohol are consumed by the villagers. Before going, why not learn how to make a bang fai rocket at one of the workshops on offer?

Foodies and people just getting into cooking, head over to The Best Thai Cooking school to learn how to make red and green curries, fried rice, noodles. The school is based on a farm in Chiang Mai and grows its own ingredients, making it the most sought after in the area. 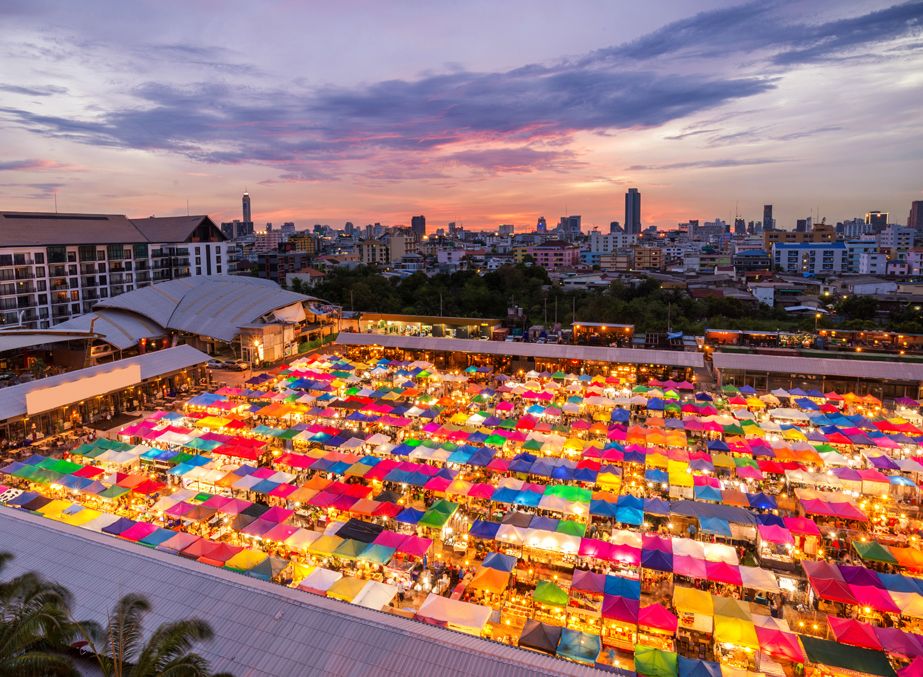 In Bangkok, witness astrology and ancient Brahman rituals for a fertile rice-planting season. Sacred oxen hitched to a wooden plough break the ground at Sanam Luang.

The holy day of Visakha Bucha falls on the 15th day of the waxing moon in the 6th lunar month and commemorates the date of the Buddha’s birth, enlightenment and parinibbana (passing/death).

Dates vary, though it is usually in May or June. It is a public holiday, and the most significant event for Thai Buddhists and seekers. Temples everywhere are filled with people making merit. The Temple of Emerald Buddha in Bangkok is a must see to observe the location traditions.

For history buffs, the Royal Barges Museum also in Bangkok showcases scrupulously crafted models of the real life barges you see out on the water. Established in 1972, it was a dry dock for barges managed by the Royal Thai Navy. After WWII, a few of the boats needed to be repaired and restored, resulting in this national heritage site treasured globally. 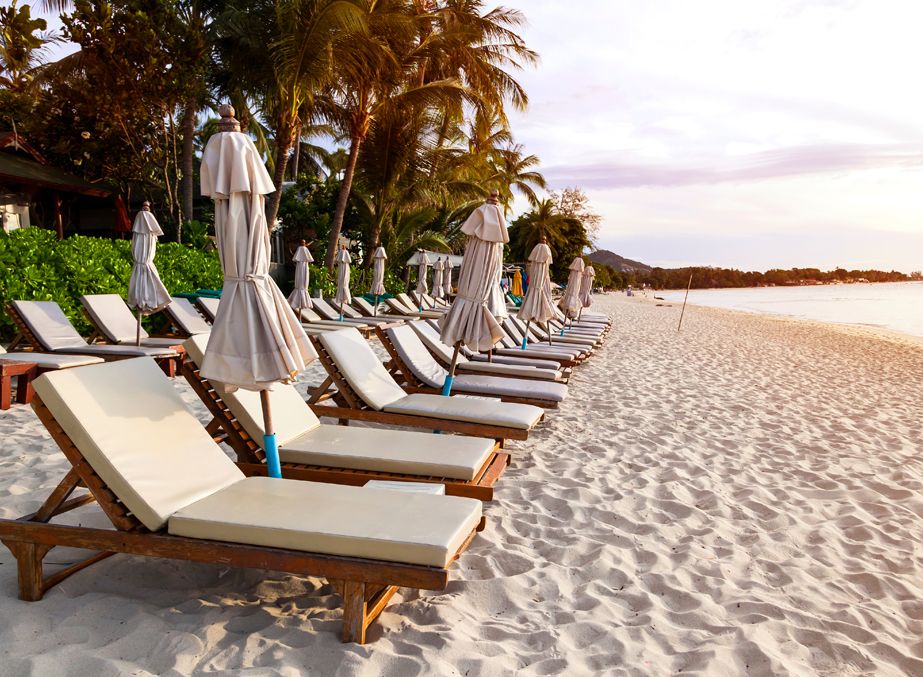 Massage in Koh Samui – there’s a reason salons and parlours across the world feature Thai massages. Get your authentic one hour experience at any of the great options in Koh Samui. Remember to ask for more pressure should you want it!

Adults, especially queer and queer allies may find Ladyboy cabarets on Chaweng Beach a singular Thai treat. Unlike most globalized cultures, Thai society is very open to the third sex or katoey, who have played a huge role in the country’s entertainment industry for generations. It’s a testament to their influence and popularity that everyone has heard of the ladyboys in Thailand.

But what’s the fuss about? These ladies are beautiful, talented, friendly and competitive. A typical cabaret show is much like drag, involving lip-synched renditions of popular songs, with mandatory glitz and make-up. The highlight of course is the choreography, making for a light, fun evening of pure entertainment.

Heads up – most of the cabarets here are around the Centara Grand Beach Resort, which means that ladies will not stop at handing out flyers and may drag you into their show to beat the competition. Feel flattered and have fun! 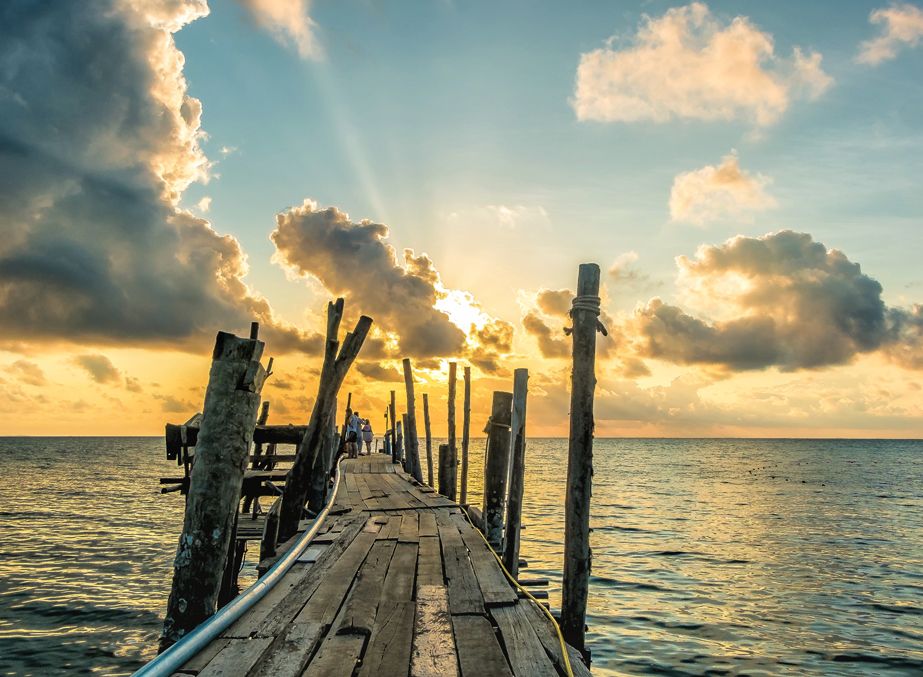 Over in the East, check out the Chanthaburi Fruit Festival, previously The World Durian Fruit festival, that takes place every May/June. Durian is that peculiar fruit that smells so bad, it’s not allowed on the metro in Singapore. Yet somehow, despite its pungent smell, it’s so popular they dedicated an entire festival to it. Here in Chanthaburi, you can enjoy lots of tasting opportunities, competitions and games, sales fairs, of course, parades featuring floats heaped with fruit. 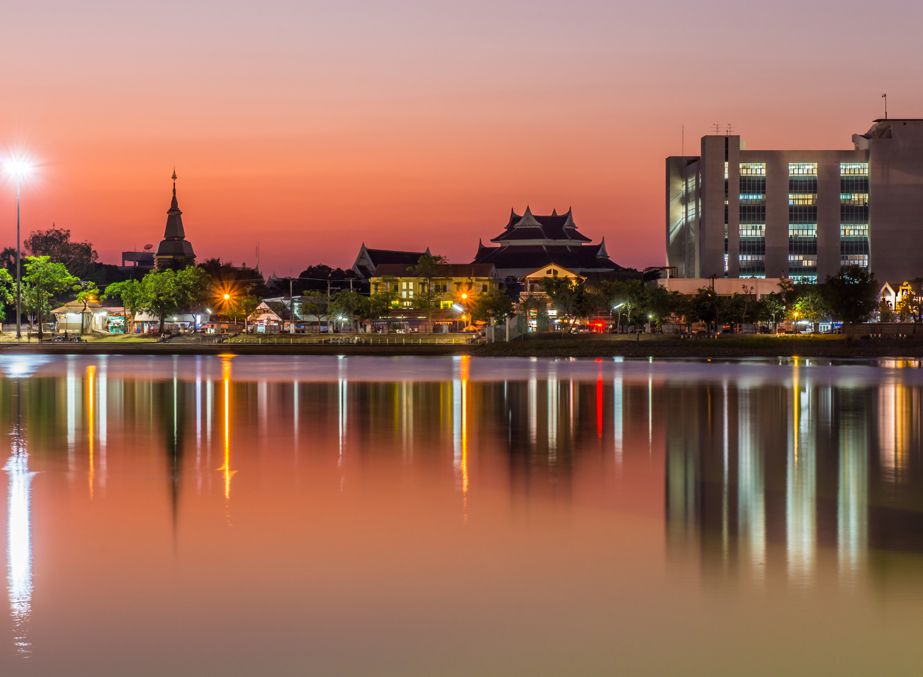 Head over to Chaiyaphum in the North East for a one-of-a-kind experience, known as the Brutal Ordination Parade. Having worked hard and made merit, monks are put to the final test before their ordination. They are paraded about town on bamboo platforms and shaken hard to test their inner equilibrium.

Held every year since 1971 before Buddhist Lent, the ceremony is particularly held for the young men of the Ban Non Tan-Ban Non Salao communities of Phu Khiao, Chaiyaphum who wish to become Buddhist monks. Each aspirant is put in a bamboo chair and carried around the village for 3 kilometers while being shaken violently. In theory, those that fall off the chair can not be ordained, but in practice, perhaps testament to their hard work and discipline, no one has ever fallen off.