June in Thailand is a shoulder season due to the monsoon. Try to head to the parts of the country where it only rains in the afternoons. The weather is hot, and humid, so this is the time to stay indoors in the day and get out only at night. Remember to carry an umbrella and skid-resistance shoes. If you drive, pay extra attention on the roads on your rental scooty because the traffic is extra-chaotic and the roads are slippery. 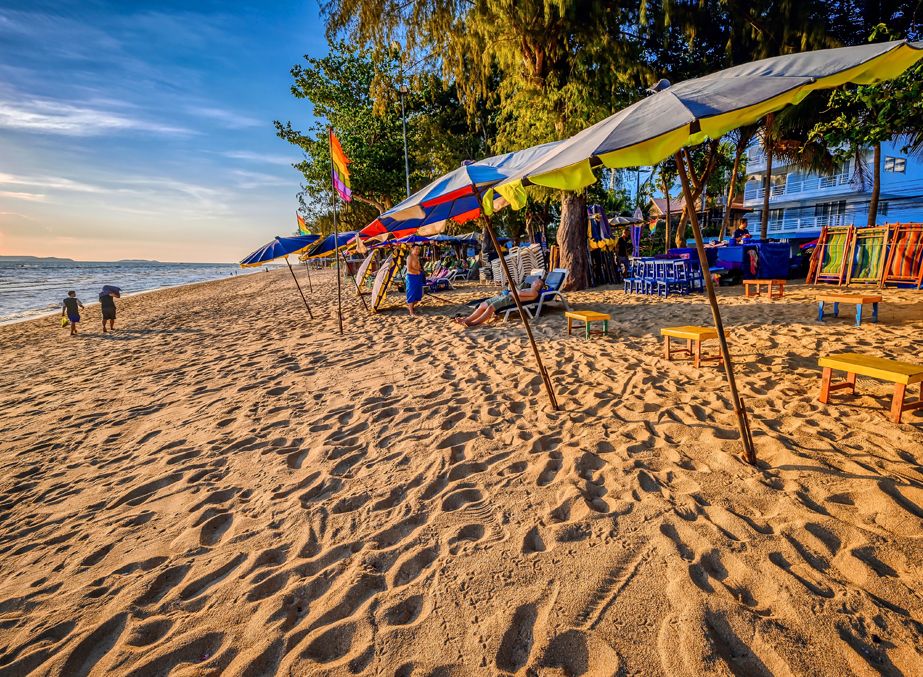 A definite upshot of the monsoon season is the delectable fruit which is a treat for all the senses, even the eyes. Held during the end of May or early June, the centuries old Chanthaburi Fruit Festival is heaven for the tropical fruit lover.

What started out as a somewhat raggedy small affair has turned into a ten day feast of juicy, colourful, guilt-free fruit. No wonder Chanthaburi is famous in the rest of the world as the ‘Tropical Fruit Bowl of Thailand.’
Gorge on mangosteen, rambutan, longkong, longan, salak and the pungent durian at this otherwise sparsely populated location. It wouldn’t be a Thai festival without activities, so head to the durian speed eating competition if in the mood, or enjoy the free fruit buffet. 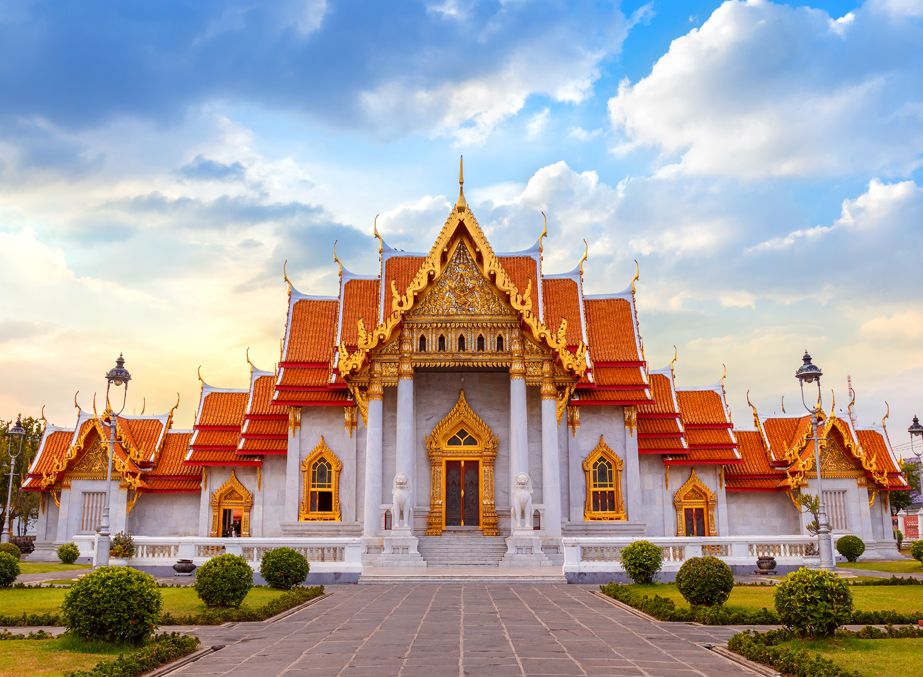 The spiritual heart of Thailand is the Grand Palace, Bangkok’s indelible landmark that no visit to the city is complete without. It’s not just one palace but an intricate complex of buildings, showcasing the best of local and global architecture, with breathtaking detail and lots of colour. There is a lot of reflective gold plating on the buildings so if you’re heading to the palace on a sunny day, carry sunglasses.

Why is it called the Grand Palace? Built in 1782, it was the home of the Thai King, the Royal court as well as the administrative seat of the government of Thailand for 150 years. It also contained the Thai war ministry, state departments, and even the treasury. To date, the complex is said to carry the spiritual heart of Thailand.

Inside the complex there are buildings showcasing radically different architectural styles. If you have to choose, definitely stop by the Wat Phra Kaew (Temple of the Emerald Buddha), which contains a small but renowned and deeply revered Emerald Buddha dating back to the 14th century. The Buddha statue has been painstakingly carved from a single block of jade. It is also known as the Phra Putta Maha Mani Ratana Patimakorn and shows the Buddha meditating.

The robes on this Buddha are changed by HM The King of Thailand with every change in season. Even though Thai Kings stopped living in the palace at the turn of the 20th century, the Thai respect for tradition and strongly cultural identity shows in such rituals and other ceremonies that continue to take place in the complex across the year.

A note to visitors – the Grand Palace is extremely strict about the dress code, given the importance of the monument to the locals, especially the sacred Emerald Buddha. So catch up on history while modestly dressed. The entire body needs to be covered, so no bare shoulders, feet, or even arms. If you are incorrectly dressed, there is a booth that will provide you with extra garments for a fee. Sandals are okay as long as you are wearing socks. 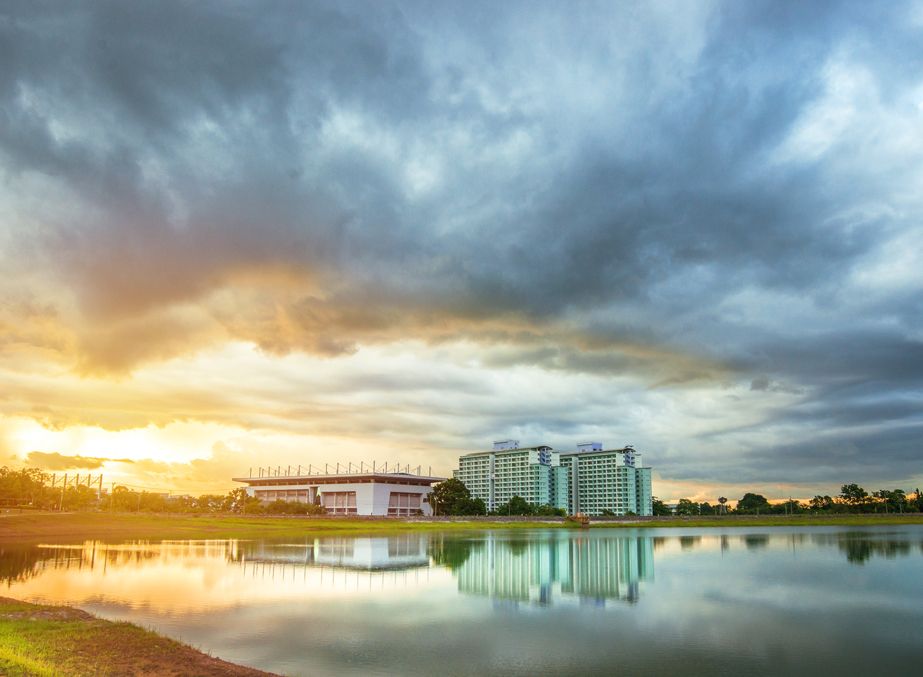 The Aquarium in Phuket is a wonderful option for a family trip, indoors and away from the rain. Though small, it shows off over 30 tanks of fresh and saltwater marine life, from iridescent, to strange, to downright ugly. The aquarium also features a tourist favourite, a tunnel that allows a panoramic view of the larger marine life as though you were swimming alongside.

Hua Hin is the land of jazz artists, and once a year, it puts on a show fit for the world. Head here approximately mid-June for a musical homage to the late king, who himself was an accomplished jazz composer and saxophonist.

The two-day festival is over a decade old and is hosted by government authorities, who bring in both local and international jazz artists for the occasion. You can look forward to top talent from across the globe joining hands with Thailand’s best-known saxophonist, Koh Mr Saxman for a scintillating production.

Check out Centara Beach Resort and the beach out front, that’s where the stage is set when the festival begins. 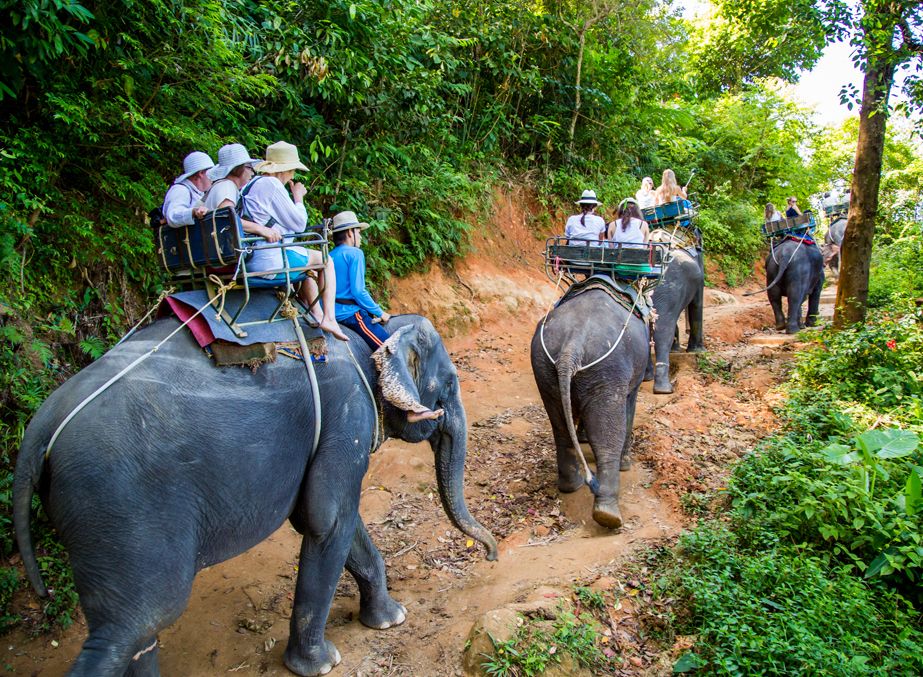 A romantic getaway for couples or family trip for nature lovers is over in Chaiyaphum in the North East. Siam tulips are in bloom at this time at Pa Hin Ngam National Park in Chaiyaphum and of course, the Thai have created a whole festival around it to celebrate their beauty. These are unusually shaped, velvety purple flowers that are best seen in the morning mist during the monsoon.

Strangely enough, the Siam Tulip is not even a tulip, it’s technically a relative of the ginger plant and grows in Chaiyaphum, Laos and Cambodia. It should be interesting to get a bit of Laos flavour while still being in Thailand.

At the festival, make sure to explore hill treks, local food and crafts on sale, as well as concerts aside from the flower fields. Then, go deeper into the National Park, especially to Mo Hin Khao which boasts rock formations carved from millions of years of rain and wind.

The nearby Sai Thong National Park not only has its fields of Siam tulips or Dok Krachiao, but also an arresting waterfall. The Sai Thong Waterfall pours down over several levels and offers canoeing and bathing. If you’re not keen on getting wet, you could head to the Pha Hum Huet Viewpoint, which offers stunning views of the greenery from a rock shelf. Very Lion King.

The area offers not just natural but also cultural attractions. The well known Chao Pho Phraya Lae Shrine is believed by locals to offer protection to the province, and the Ban Khwo Silk Weaving Village is famous for its signature Isan silk which shimmers and shines and is available in a mind boggling array of colours.