August in Thailand is overcast and a tad gloomy, thanks to the monsoon being at its heaviest. It rains every day and thus there are few people on the streets. It’s not the best time to visit the country, but the upshot is that everything is much cheaper.

Since this is typically the wettest month all across the country, gear up with rain ponchos, slip-proof shoes, and umbrellas before you land. Backpackers will need waterproof covers for their bags and it is advisable to pack electronics in a waterproof layer of their own. 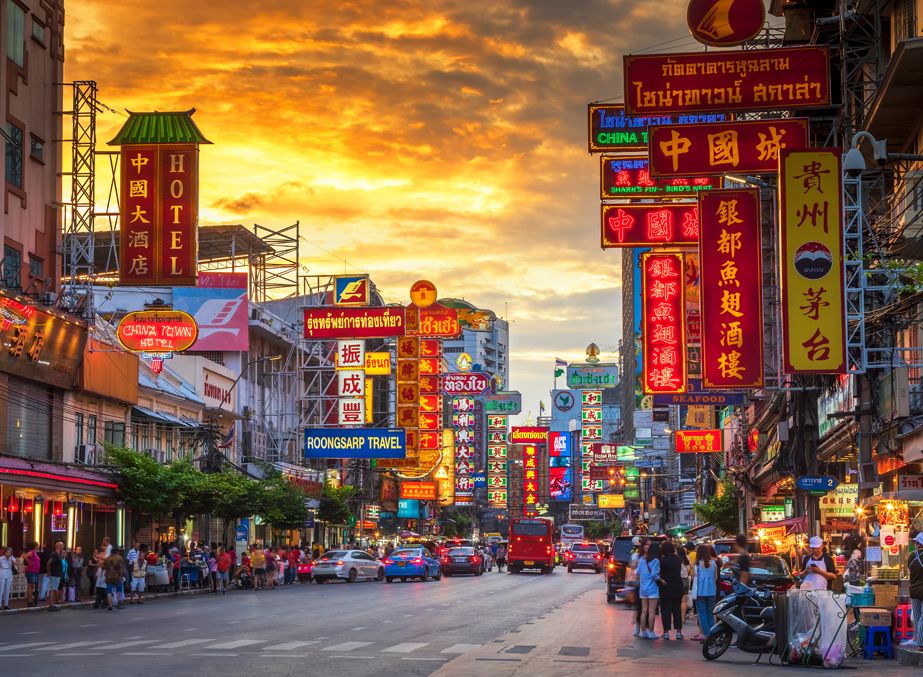 Given the weather, this is the perfect time to check out Bangkok’s many temples, museums, art galleries, and malls.

Do visit Siam Paragon cinema, which hosts an IMAX and 4D theatre with 10 different special effects. For a different pace, hop across the road to the Scala Theatre with an authentic, vintage feel. It hasn’t changed one bit since it was set up. 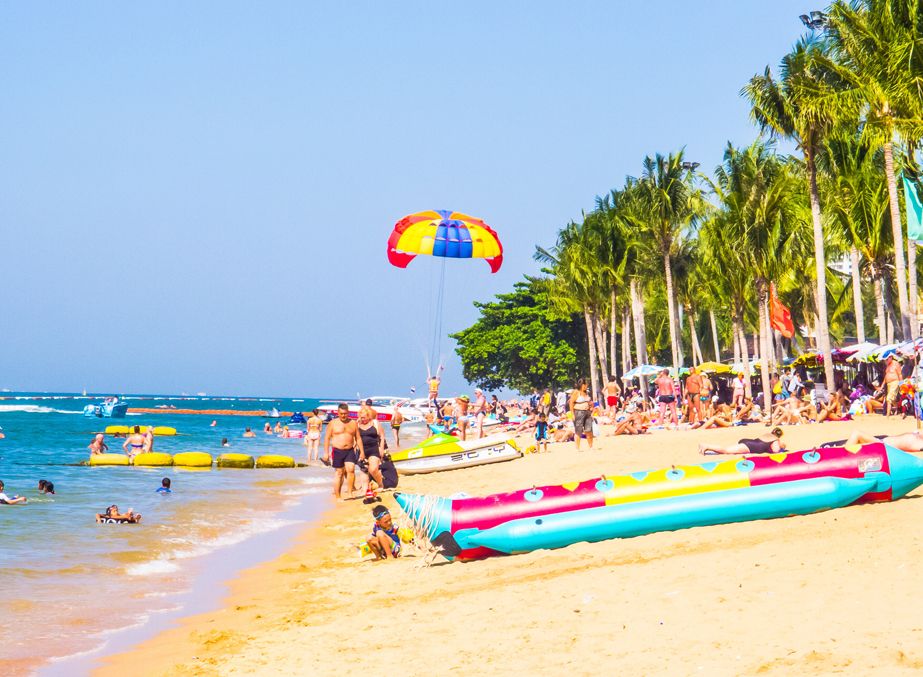 Down in Phuket, the Big Buddha is a must-see. Known among Thais as the Phra Puttamingmongkol Akenakkiri Buddha, the statue of the Buddha was built in 2004. It is 25 metres broad and 45 meters tall, made entirely of reinforced concrete and layered with gorgeous Burmese white jade marble that glimmers in sunlight.

Although its a new construction and thus not exactly a historic site; it’s still worth visiting for the view and grandeur, which has quickly become one of the most important landmarks on the island. Given that it’s visible from anywhere in the town, it makes for quite the vantage point offering sweeping views of Chalong Bay, Phuket Town, Kata and more. Just know that there could be up to a 1000 people visiting at the same time.

But once you get up close to the Big Buddha, peace descends. The only sounds then are of fluttering Buddhist flags and tinkly bells, with soft dharma music playing in the background. Next to the Big Buddha is a smaller Buddha statue made of 20 tons of brass. There are also several other smaller statues of Buddha and of highly esteemed monks.

The truly astonishing thing about the Buddha is that funds for the construction came entirely from donations. Protip, if you want to avoid crowds, go at any time but around sunset. Switch it up for a dawn event!

Also a must see here is the Por Tor Hungry Ghost Festival. The Hungry Ghost festival is a crucial merit-making event for Thai of Chinese origin. It is said that “ghosts without relatives” are released from hell for the month, and must be fed to avoid commotion. The soul of the event is of course ancestor worship with special food, candles and flowers offered to ancestors on altars.

You will notice red turtle shaped cakes of small and big sizes on all the altars. These flour and sugar cakes are called ang ku and are symbolic of strength (turtle), longevity, luck (the colour red) not only for their ancestors but also for themselves.

The epicentre of the festivities is Seng Tek Bel Shrine, actually even called Por Tor Kong Shrine, because it hosts the event for one whole week while most shrines do so for only a few days.
The Ranong Road fresh market and nearby areas also light up at this time. Along with the colourful decorations, you can enjoy activities from about noon till midnight, such as the traditional merit-making ceremony, lion dances, concerts, magic shows, and cabaret shows.

At the parades in the festival, watch out for groups of young girls in red cheongsam or Chinese dresses carrying flowers, turtle cakes and fruits for their altars. It’s a beautiful sight. This is also a fantastic excuse to sample goodies flexing the community’s Chinese heritage, married to Thai taste. The snacks at the food stands dotting both venues are not only delicious, but also pocket friendly. 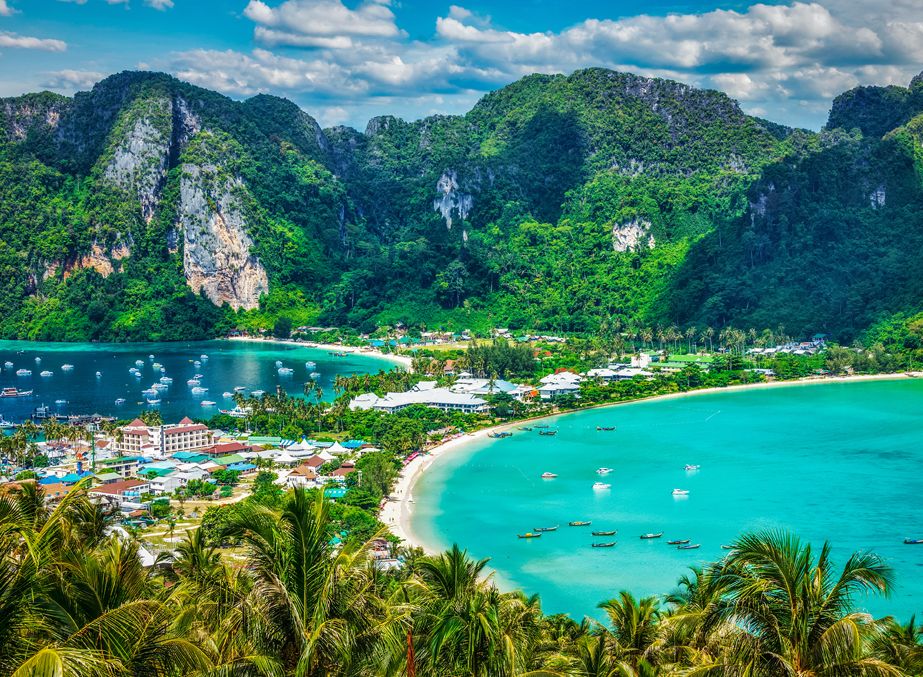 Hua Hin Food Festival takes place every year at the Queen’s Park and features both local food and international delicacies prepared by the best chefs in Hua Hin and Cha-am
As always, there is plenty to do on the side. Watch chefs face off in ice sculpting, fruit and vegetable carving and cooking competitions, then wind the day down with free evening mini concerts by leading Thai singers. 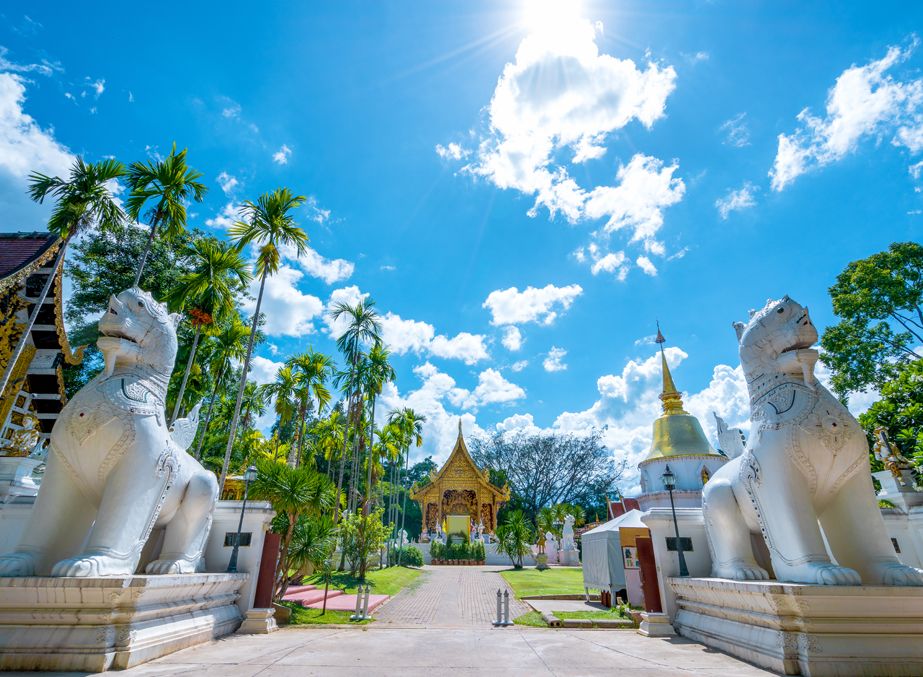 Up North in Chiang Rai you can witness a poignant festival celebrated by a historic, marginalized, yet hopeful people. The Akha Swing Festival is one of the most important annual events for the Akha tribe, which Akha migrated from China to Thailand more than a hundred years ago.

Every Akha village has a swing made of bamboo and wood that is used only once a year during this festival. But what is the fuss about? The tribe is welcoming the upcoming harvest and celebrating fertility. Coming in at the end of August, the four-day festival is known by the hill tribe people as Yehkuja which loosely translates to “eating bitter rice.” This is what makes the festival poignant, the poverty that the tribe grapples with along with everlasting hope that next harvest they’ll have it easier.

And what is this about fertility? Well, the event is known as the New Year for Akha women for a reason. Those that have reached marriageable age are especially prominent, decked out in their most beautiful traditional outfits..

Watch out for dances and sacred rituals paying respect to ancestors and welcoming the harvest season. Enjoy the one time in the year that the village swing will be used, with otherwise busy women flying up and down while singing Akha prayers for a prosperous future.