As a primarily agrarian economy with a firm tie to its cultural roots, April is when Thailand celebrates Songkran or Thai New year with great enthusiasm. The dates are 13-15th April, followed by a week of water fights in some parts. Which is a huge relief because by now, the country is burning up in the summer heat. Having said that, Songkran is very popular with the tourists, so do book in advance.

The first day of the festival is known as Songkran (change/transformation) Day, featuring processions of Buddha images throughout the country. In typical fashion, Thai people prepare for the festivities by cleaning their homes thoroughly. April 13th is also when the exhilarating water chucking begins.

If you’re visiting at this time, prepare to have a friendly bucket upturned on your head. Anyone around is fair game for the celebrating crowds. On a more sombre note, Buddhists also visit temples at this time and pour water on Buddha images and on the hands of Buddhist monks as a mark of respect.

The next day is Wan Nao or the old Thai New Year’s Eve when the sun travels between the signs of Pisces and Aries. Culture enthusiasts, this is a great day to tail Buddhists into temples where they build sand chedis or castle resembling a Buddhist temple.

The next day, April 15th is the official New Year and the final day of the celebrations in many parts of the country. You are welcome to join the locals in making an offering at a temple to usher in a lucky and prosperous new year. 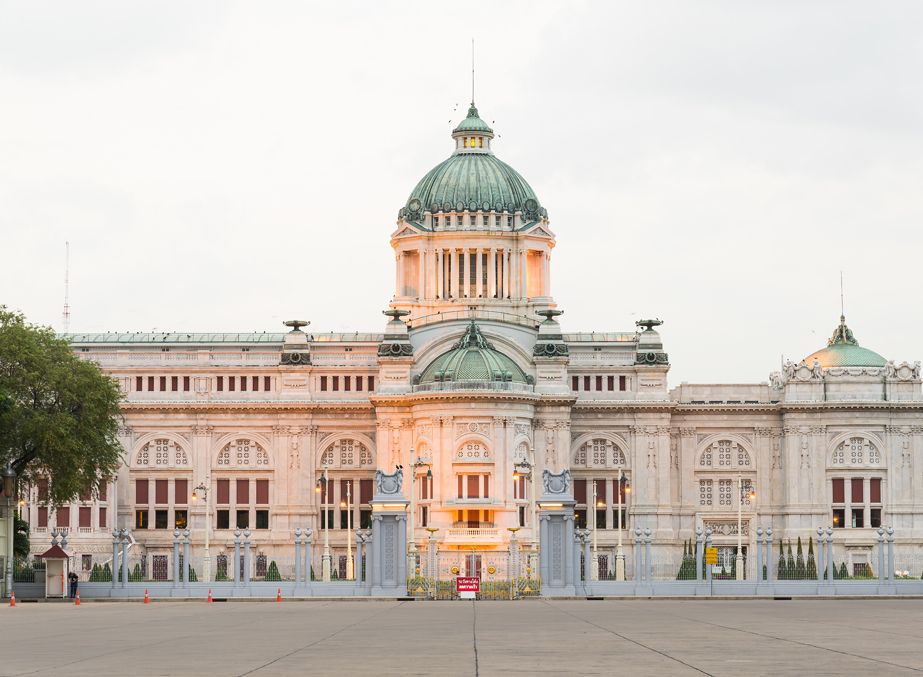 Bangkok celebrates with the Songkran Splendours Festival, kicked off with the official opening ceremony at Wat Pho. This is one of the most important Buddhist temples in Thailand thanks to the magnificent gold-plated reclining Buddha in its sanctum sanctorum.

Watch out for Khao San Road, home of backpackers from across the globe. This is the hub of the celebrations in the city. Aside from water throwing and bathing of the Buddha images, you can look forward to performances and parades. And of course, traditional Thai feasts are on offer throughout. 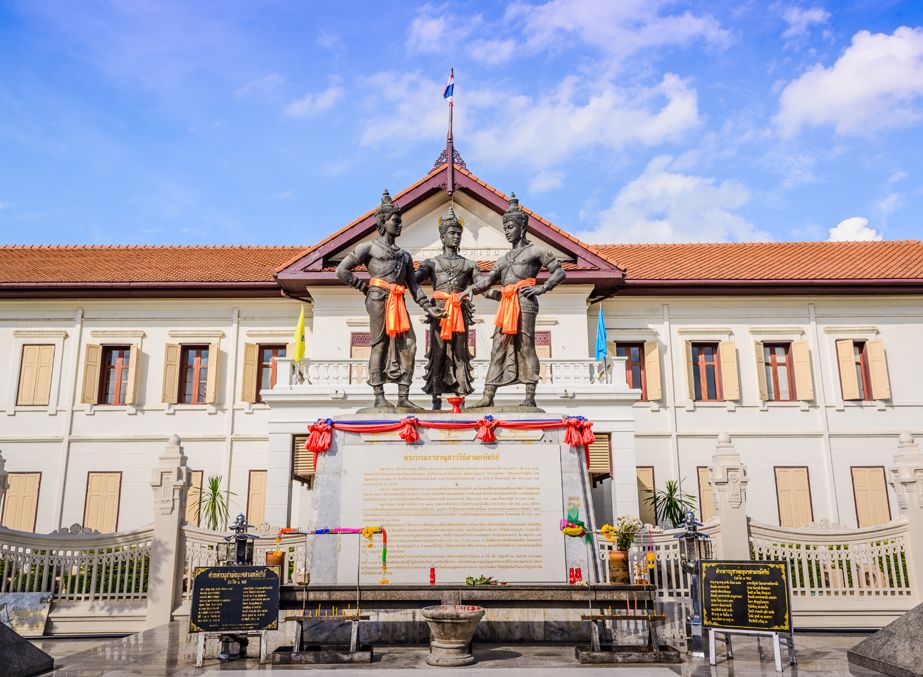 Not to be left behind, Chiang Mai boasts one of the nation’s biggest Songkran celebrations. Festivities kick off a day earlier, on the 12th, with a grand procession around the city. In addition to traditional celebrations and performances, you can look forward to finger licking street food. Just watch out for the water, same as elsewhere in Thailand at this time.

If you’re a little early to the April party in Chiang Mai, watch out for Poy Sang Lan, where young Shan (Tai Yai) boys between 7 and 14 parade in fancy headdresses, traditional costumes and make-up.

If you’re travelling post Songkran, the heat is so bad that it’s best to stick to the south, i.e. Phuket and Koh Samui, where there is partial relief from the 35-40 celsius heat. Needless to say, carry plenty of water and sunscreen and stay in the shade. 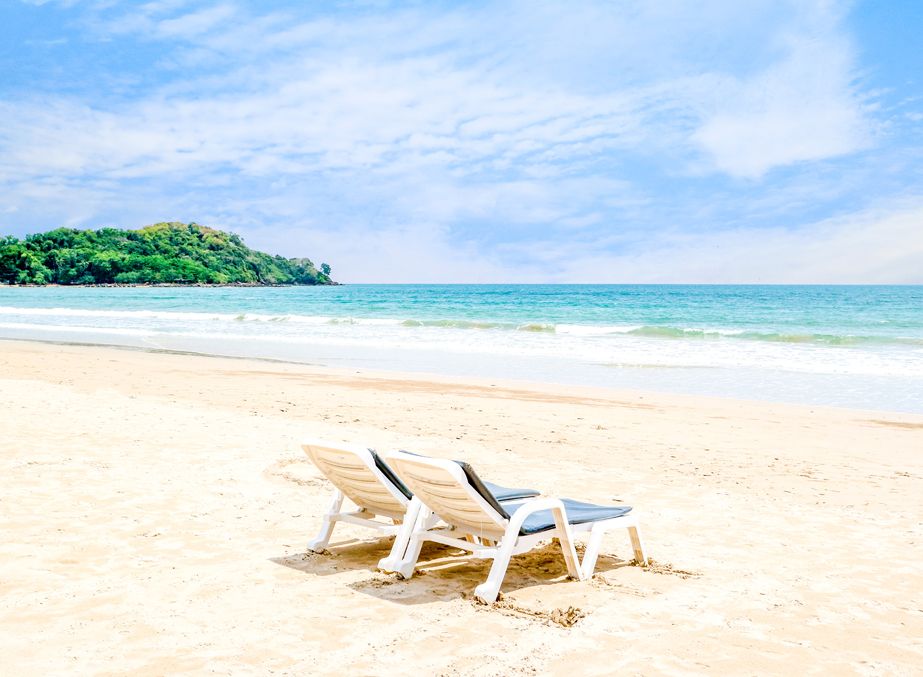 If you’re in Phuket during Songkran, expect streets on lockdown filled with entire trucks throwing water at everyone around. Bangla Road, home of the local nightlife, sees celebrations carrying on well into the morning. Or head to Saphan Hin Park for live music and traditional performances.

Had your fill of Songkran? Head to Phang Nga Bay and take a boat tour past Thailand’s famous limestone rocks, looming overhead as though watching over the crystal clear waters. You could get a picture with the popular James Bond Island or witness a fisherman’s life at a full day tour of the village Koh Panyee before heading to the floating “Muslim Island” for Thai lunch.

Given the heat, it makes sense to become a night owl. Old Phuket Town has enough to do to keep you busy! Architecture nerds, here is a fascinating combination of Chinese and colonial architecture, and even Chinese and Portuguese architecture. For this you can thank Phuket’s history as a stop on the trade route between India and China. Watch out for the centuries old Sino-Portuguese mansions as you stroll about, then dine in style at any of the Thai restaurants in the market.

If you’re there over the weekend, don’t miss Phuket Walking street organized every Sunday at Thalang Road. This is the best place to get a feel for the local vibe and people-watch while catching up on some shopping.
Nature lovers, do visit Phang Nga Bay Marine National Park, home to a blinding variety of reptiles, fish, amphibians, mangroves, mammals and birds, mammals. This is a popular tourist attraction so though a treat for animal lovers, be prepared for crowds. 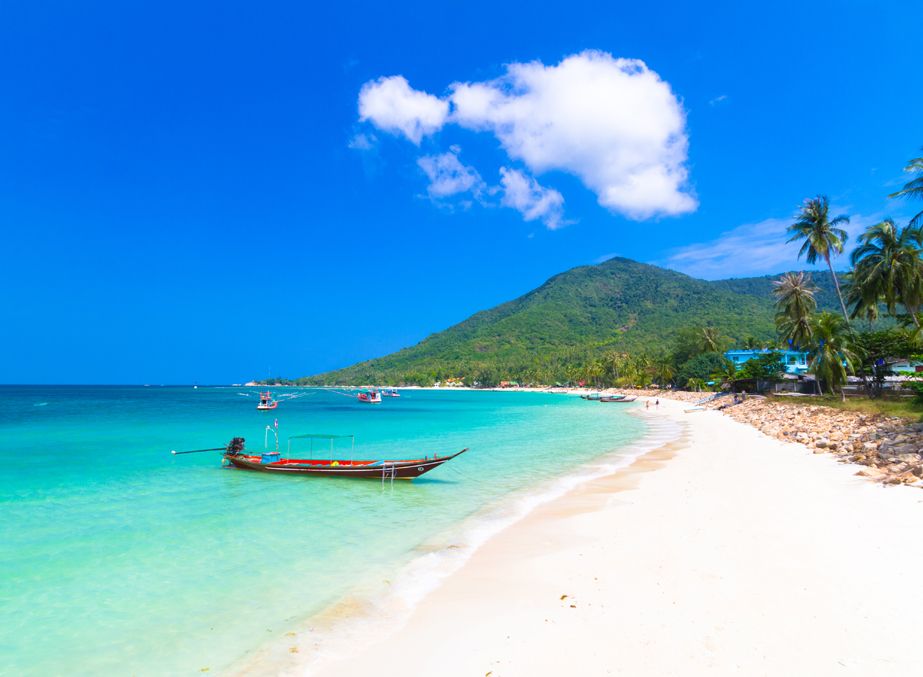 Over in Koh Samui, you have a few options. Let’s begin with the cultural offerings. Atop one of the tallest peaks in Koh Samui is located the Secret Buddha garden – a private park of sculptures established in 1976 by owner Nim Thongsuk. Created by a fruit farmer, the statues represent humans, deities and animals. Make sure to get a tour guide for mythological background and folklore.

Hua Thanon and Nathon boast the unique and thrilling experience of kitesurfing, or kiteboarding. Koh Samui is perfect for the sport thanks to its flat and shallow waters and lack of poisonous or pointy jellyfish, jet skies, rocks, speedboats.

Not a water baby? Take an Elephant trek, after all, the gentle giant is Thailand’s national animal. This way you can enjoy the tropical treasure at the centre of the island. As you wind up and down the trails, enjoy the lush greenery, waterfall spray and the particular loud-quiet of the jungle. This is the perfect activity for a family and a great way to keep your kids off their phones.

Backpackers, Koh Samui has something for you too. Since the island is known to be expensive, Maenam beach offers a counterpoint for those on a budget. A seven kilometer long beach lined with palm trees and quiet nightlife, this is the ideal setting for a quiet end of vacation stay.