Thailand experiences a tropical wet or dry climate. This means it remains relatively hot all year around. The best time to visit Thailand could be anytime from December to April.The period is characterized with relatively low and dry atmosphere. Thailand experiences three seasons winter, summer, and monsoon. The tourist footfall in the winter and summer season is relatively more than in the monsoon season. 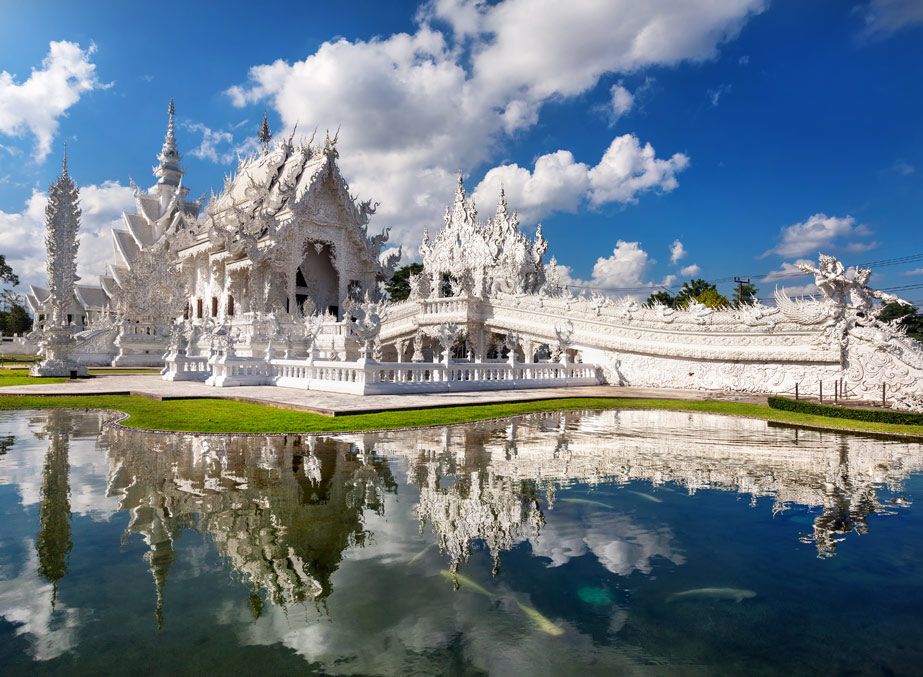 The northern part of Thailand is surrounded by mountainous landscape lush green tropical forests. It contains the popular provinces of Chiang Rai and Chiang Mai. The region experiences three distinct seasons cool, warm, and rainy. Winter and Summer seasons are the best time to visit the region.

The period from November to February is best for hiking, trekking, and other outdoor activities. In the cool season, the temperature varies from 25 degrees celsius to 30 degrees celsius. It is the blooming season in the north and is perfect to explore the countryside.

March to May is the hottest month in the region. The heat is similar to that of the southern region but less humid. The rainy season starts around mid-June and the downpour continues till October. The rain shower occurs sporadically and the humidity is high. October marks the end of monsoon season and the start of the winter season .The temperature may fall as low as 20 degrees celsius.

The hot season stretches from February to June. Some cities in the region can be extremely hot and humid during this season. The temperature hike up to 40 degrees celsius. July to October is the time for the monsoon season. The showers can prevent you from indulging in a lot of outdoor activities.

Suggested Read: Things to do in Thailand 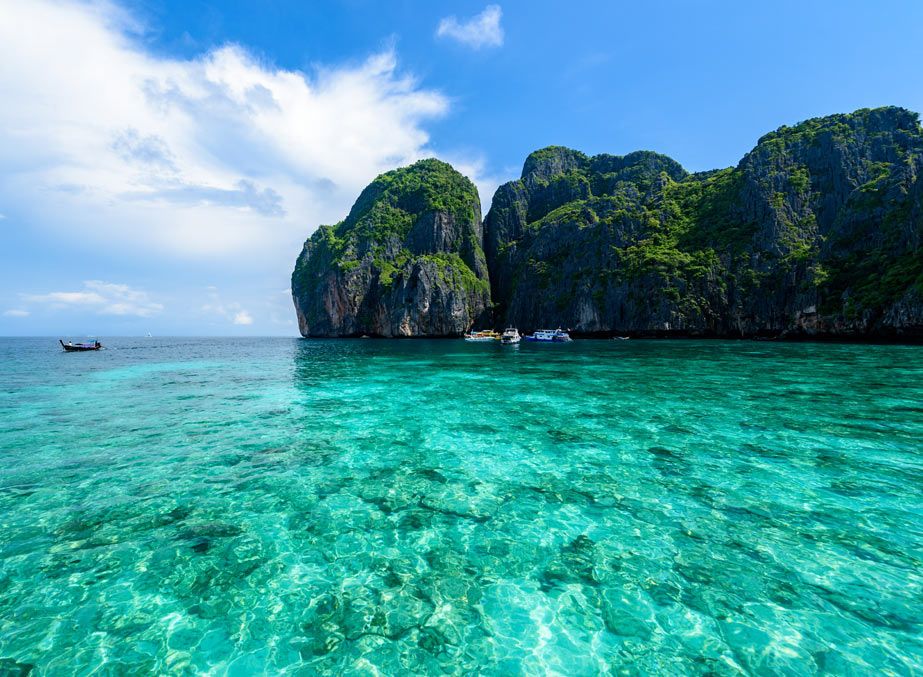 The Southern Thailand region or the Andaman Sea Coast consists of all the major islands including Phuket, Phi Phi islands, Phang Nga, Krabi, Ranong, and more. The best time to visit the region would be from November to April.

In the dry season, which stretches from December to May, the temperature ranges between 25 to 32 degrees celsius. The heat is manageable during this season. It is the perfect time to soak the heat along the tropical coastline, relax at the beaches, and take a dip in the beautiful turquoise waters.

The rainy season starts in June and ends in October. Though the showers are short, it might be a hindrance to taking trips to the islands. The temperature in the islands ranges between 24 degrees Celsius to 31 degrees celsius and receives an annual rainfall of 225 to 381 mm. 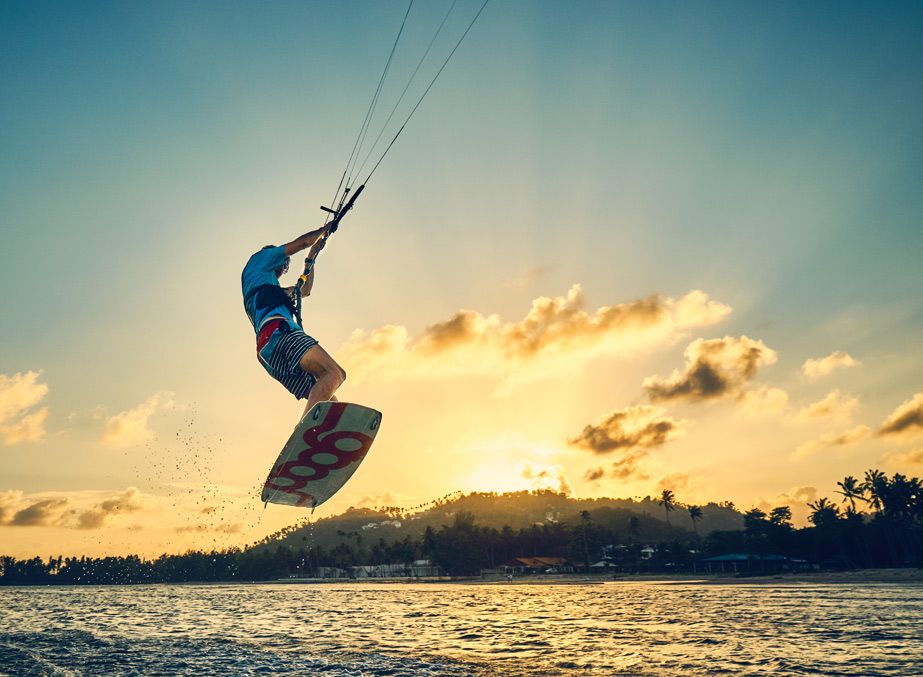 Peak Tourist Season in Thailand starts in November. The weather stays amazing and cool. There is hardly any downpour and the humidity drops about 50-60%. The temperature during the winter season remains between 15 degrees to 28 degrees Celsius. The weather is ideal for all kinds of outdoor activities. Winter months until February is preferred by most tourists to explore this beachy country. It is the best time to go trekking, hiking, and island hopping. The northern region including Chiang Mai and Pai remains cooler than the southern regions.

By the end of February, Bangkok and the central region starts experiencing a rise in the temperature. Summers in Thailand starts in March. The temperature peaks to 32 degrees and above. The northern region remains comparatively cool. April and May are the hottest months. Tourists still flock to Thailand, though in lesser number, due to April being the time for Songkran or the Thai New Year. April is the end of the peak tourist season in Thailand.

Accommodations and flight tickets in the peak season cost 30% more than in the offseason. Make sure you book your tickets and Thailand Tour Packages months in advance to get good deals.

Off Season- June to October 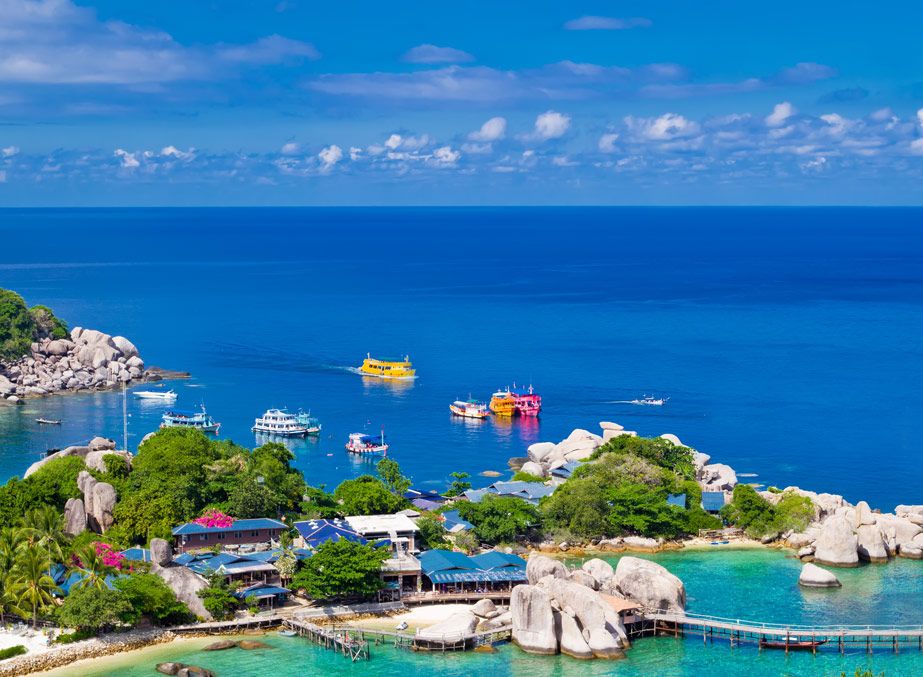 It rains almost every day but in short sprouts. The lush greenery of the islands seems extremely beautiful during this season. It is the best time to visit the country for budget travelers. The temperature drops to 24-28 degrees Celsius. Less number of tourists results in lower hotels and ticket prices. The tourist groups are also small and the places of top attractions are less crowded allowing you a peaceful and laid-back vacation.

Prices for Tour Packages and accommodations falls by 50%. Rainfall might be a hindrance to activities like Scuba Diving and Snorkelling. August and September are the wettest months in Thailand. While North, Central, and Southern regions see a decline in rainfall by the end of October. The Gulf Coast, including Koh Samui and Ko Pha Ngan, remains affected by south-west monsoon up till November and the beginning of December.